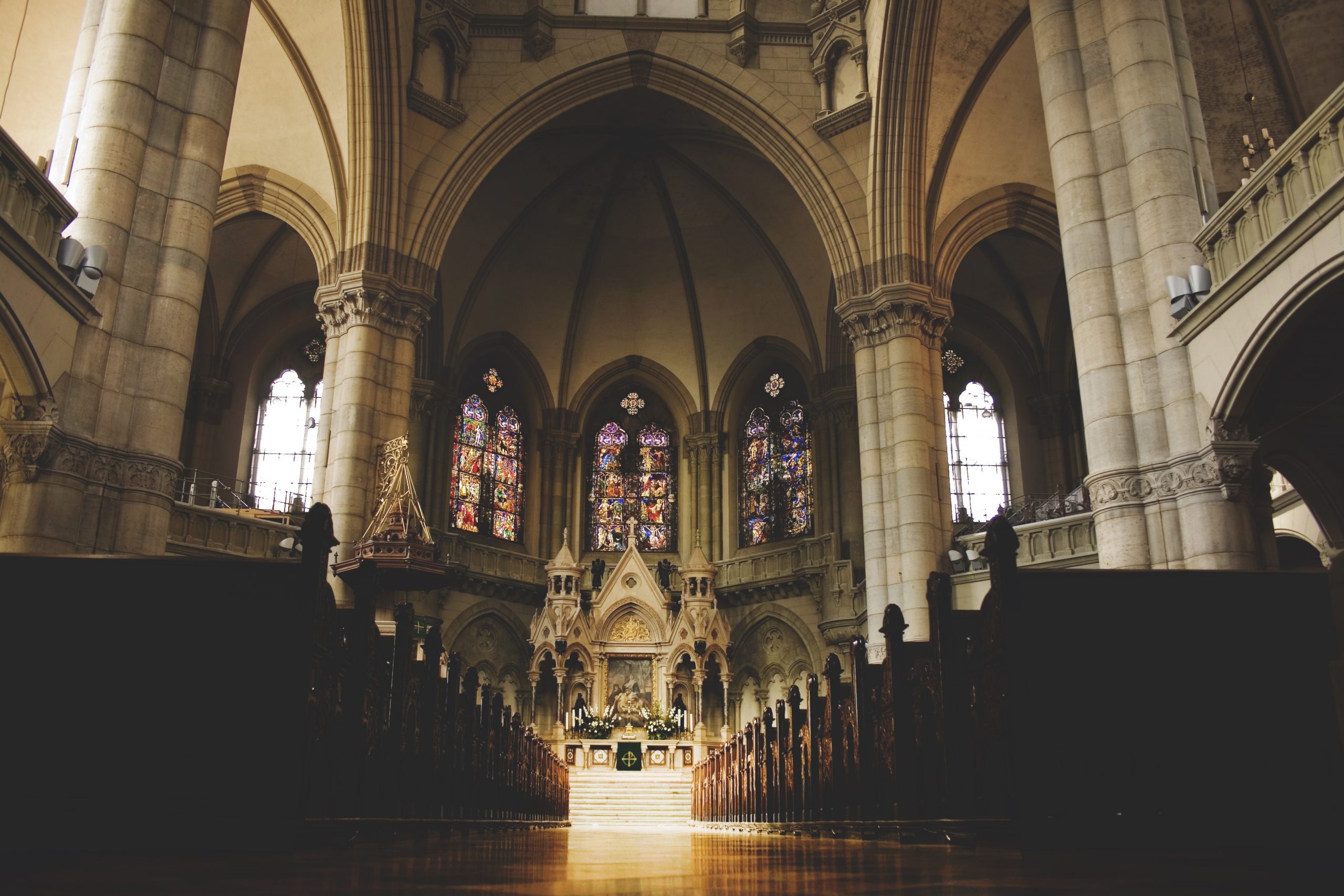 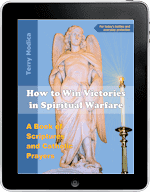 Description: A useful collection of scriptures and Catholic prayers for today’s spiritual warfare battles and everyday protection. This printable ebook includes the Prayer for the Presence of Christ, Prayer for the Power of the Holy Spirit, Prayer to Saint Michael the Archangel, Prayer to Wear the Armor of God, Saint Patrick’s Breastplate, Prayer to Conquer Evil, Prayer to Break Curses, Prayer for Release from Ancestral Curses,  Prayer of Authority to Conquer Demons, Consecration to Mary Defeater of Satan, Consecrate Your Marriage to Mary Ark of the Covenant, Zechariah’s Canticle as a Victory Prayer, and Praying the “Our Father” for Victory Over Evil. (34 pages)

Learn from over 200 scriptures covering:

Terry Modica is CEO and Executive Director of Good News Ministries of Tampa Bay, Inc., which she co-founded with her husband Ralph in 1995. On the front lines of the battlefield for the salvation of souls, they have had to learn and successfully use the spiritual warfare scriptures and prayers that are now being shared in this handbook.

A published author since 1982, Terry Modica has a Bachelor’s Degree in Theology, two diocesan certifications in Lay Pastoral Ministry, and is vetted by my diocese (St. Petersburg) as a speaker. She has been giving parish missions, courses, and retreats since 1989. With Ralph, her high school sweetheart whom she married in 1975, she founded Good News Ministries of Tampa Bay in 1995 and serves as the Executive Director. In 2004, she traveled to Malawi in Central Africa to teach two week-long courses on papal encyclicals to seminarians, their professors, and local catechists. The couple gives marriage enrichment retreats as part of their ministry.

Terry Modica lived in the power of the occult for seven years as a teenager and young adult. Then, when she recommitted her life to Jesus Christ, she learned the truth about the occult and began studying the greater supernatural power of the Holy Spirit.

in 1989 her book Overcoming the Power of the Occult was published. Soon after, at a speaking engagement on the topic, she met an ex-satanic high priest who had been delivered from many demons by Christ. The novel Victor was inspired by what she learned from interviewing him extensively.

Beth Solis, a group facilitator in Oklahoma, says, "Our members asked us in the beginning if we minded taking things slowly so we could have time to really discuss each paragraph. We always have such great discussion! The PPT has been very helpful and is a nice addition." 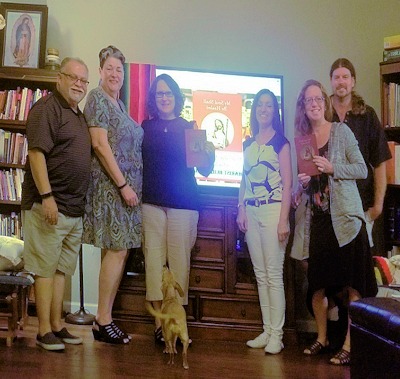 Feedback from a study group in Florida

Sylvia says, "This experience deepened my love for the Eucharist in ways I couldn’t imagine when we first started this course."

Karen says, "I never thought that I would read an encyclical. However, using the study guide made this experience so rewarding. It broadened my view about the Eucharist and my Catholic faith that makes me love and appreciate what Jesus did for us ever more deeply."

Tim says, "Being the only convert in the group, I ascertained a better and stronger understanding of the importance of the Eucharist, not only in the Mass but also in my daily life."

Jimmy says, "I learned so much about the Eucharist that was powerful and enlightening. This course helped deepen my faith and my appreciation for the Holy Mass."

Erin says, "It was amazing to get everyone’s perspective on the readings. And it deepened my love in the beautiful gift that the Eucharist is to all humanity for our salvation."

Shirley says, "This course was so enlightening. It was a gift that helped me grow in my faith."

Which PowerPoint Presentations cover what Sacraments?

An overview of all 7 sacraments is in the PPT
"The Nature and Function of the Church".

PLUS: The sacraments are also covered in the following PPTs:

Baptism - The Call to Discipleship
& it's further developed in
1. Confession: Sacrament of Healing
2. The Creed
3. Mission of the Redeemer

Eucharist - Christ's True Presence in the Mass
& it's further developed in
1. Life in Jesus
2. Who's Who in the Catholic Church
3. Confession: Sacrament of Healing
4. The Creed

Confirmation - The Sacrament of Confirmation
& it's further developed in
1. Salvation History
2. The Nicene Creed

Reconciliation - Confession: Sacrament of Healing
& it's further developed in
1. Who's Who in the Catholic Church

Holy Orders - Who's Who in the Catholic Church
& it's further developed in
1. Christ's True Presence in the Mass

Marriage is touched on in The Call to Discipleship